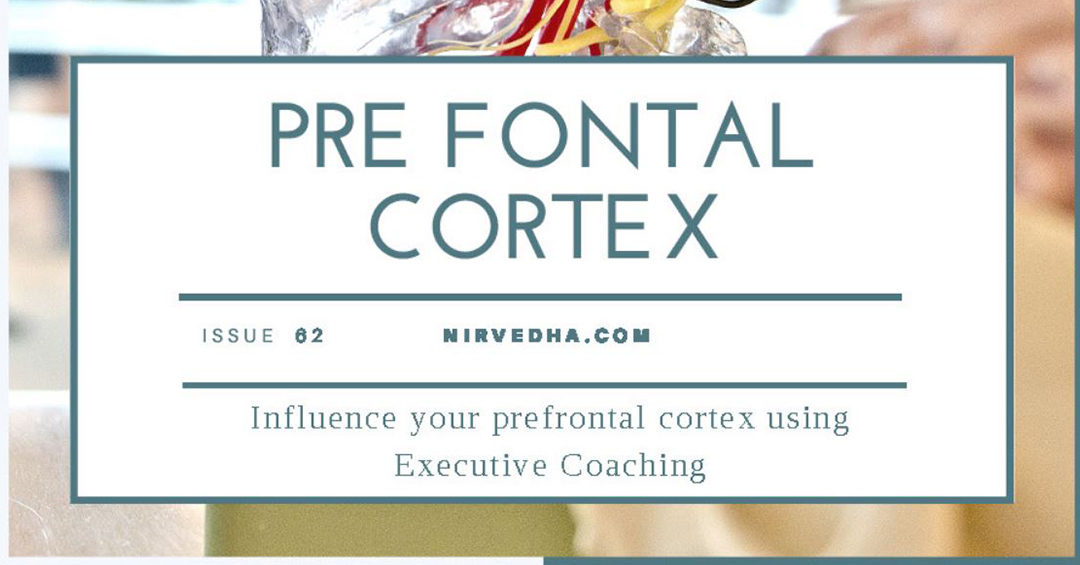 At the first instance, it would be easy to discard any correlation between coaching and neuroscience. While the former is about evolving a human being into his best possible self, the latter is a study of how the brain functions. However, spend a couple of minutes analyzing the similarities between the two and you would realize that the two run parallel in their most fundamental functions. Both of them seek to make breakthroughs and influence the way a person thinks and set goals. All the executive functions of the brain are held by prefrontal cortex which determines the consequences related to any act, determines whether it is good or bad and gives instructions to the entire brain about how to work towards the set goal. For a coach, it is imperative to understand how the brain of the person works so that the coaching plan can be naturally aligned with its functioning and can influence the prefrontal cortex in a decisive manner.

Why is prefrontal cortex so critical

Our working memory is placed at the prefrontal cortex which uses it to learn new activities. Its most important feature is that it is easily fatigued and can only hold a limited number of ideas at a time which means that it prioritizes the activities which need to be kept here and stores them. While this sounds as easy as making a list of priorities using a paper and a pen, it is much more complicated in the neuron world. You need to train your brain in such a way that it understands which activities must be a part of prefrontal cortex. A key person who can help you make it happen can be your executive coach. One of the biggest reasons behind executives hiring an executive coach for themselves is that they wish to transform their thinking, behaviour, interaction and overall approach to life and work. All these changes are linked to the prefrontal cortex of the brain.

Change is hard to bring

Whenever there is a change in your environment, your brain sends a signal that something doesn’t seem right here. These signals are a deterrent in our efforts of bringing about a change and force us to keep the way the things are. At such an instance, having an executive coach can be really handy since it allows the executive to concentrate on their original goal and gather the will needed to shut down the deterrent signals given by the brain. By throwing powerful and insightful questions at them, the executive coaches play a major role in increasing the attention density of the executive, compel the executives to commit to their gaols and then hold them accountable to the commitments made by them. Coaches help the executives divert their attention to the possibilities and encourage them to give a boost to their mental resources. This helps the executives make better connections in the brain. And once the right connections are in place, success can’t be far away, can it?