Get deeper insights on Executive Coaching

“I ask provocative questions. I trust you have your own answers. I create the opportunity for you to hear them. I am trained to help you reveal your own wisdom with as much ease as possible.” 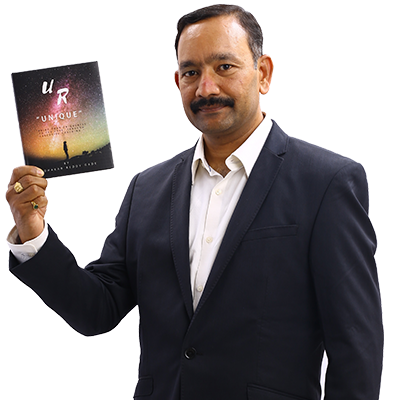 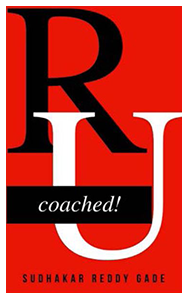 At a more professional level, choice of a leader to run his organisation in a particular manner, choice of hiring some special kind of people to shape the company’s future.

A leader’s decision to seek guidance from an executive coach rather than doing it all by himself has an equally significant impact on the fortunes of many people working in the Organisation.

They consider Executive coaching as a one-time interactive session of a few hours where the coach would arrive and instil all his wisdom into the executive’s mind.

Moreover, when the executive coach makes it clear not to expect miracles overnight, they take a stand against Executive coaching.

Constant interactions with his executive coach led to Mark transforming into a bold decision maker who worked wonders for himself and his team.

These interactions followed by hours of interaction between the coach and the leader; Eric through the same process with his Executive coach. 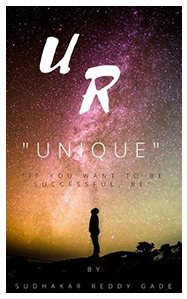 U R UNIQUE: If You Want To Be Successful

By working on yourself, reprogramming your beliefs, and acting in new ways that are more empowering and liberating, you allow yourself to let go of the struggle and become who you are.

For something to work with ease, there has to be lack of resistance.

Enslavement by illusion is comfortable; it is the liberation of Truth that people fear. What do you believe about work? Do you often use the adjective “hard” in the same sentence? There is a common belief in our society that to “get ahead,” (What the hell is that anyway? Are you behind?) you must put forth a high effort. Maybe it is a matter of deservedness. Perhaps you feel that you cannot have nice things or success unless you have “earned it.” Each level of worthiness can be different.

Whether you are a Genius or novice; perseverant or let go sort; is determined as to how common or unique you feel.

Unleash your inner potential and discover your real Uniqueness.

Executive Coaching in the ordinary sense is something nearly everyone is aware of, but in as much as the concept is widespread, many people are ignorant of the real entailments. For one to grasp the knowledge of coaching in all ramifications, it is essential that we get an intense orientation about it, as the concept can affect nearly all aspects of life, determine progress and lead to all-around success. As coaching is meant to teach, develop and assist, it proves to be a very delicate part of society, and most of all business, when we consider executive coaching. Although most people may not come to the full realization of its essence, having notions that it is something that they can do without, coaching is by far one of the most significant endeavors anyone would want to engage in, irrespective of field, discipline or goal. Many people, in the same vein, also see coaching as something straightforward, something that can be jumped into and out of, not regarding it as any core necessity one must reason about in life. Contrary to these rather baseless opinions, no one can begin to emphasize how coaching stands as a very vital practice one must indulge in, at least not to fault. It is so because coaching is essential, and nothing less, despite the level or field it may fall.

I think we all have seen the trailer story of “Akeelah and the Bee,” if you haven’t heard of the story, it involved an eleven-year-old young lady living in South Los Angeles, with an innate ability for spelling and with expectations that the ability will take her to the National Spelling Bee. Despite her mom’s complaints, Akeelah doesn’t abandon her objective. She discovers help from a baffling instructor (a coach). “Akeelah probably wouldn’t have won that national spelling bee contest if it wasn’t for her coach. And, Akeelah and the Bee is one epic movie that teaches us that no matter how impressive, invincible, egg-headed or independent one may seem to be, a coach is one thing you will always need. Even for the best of the best, it makes all the difference. Learning from a more experienced, more organized and more disciplined person (yet if he is not as half as smart as you are), is what keeps your overall behaviour in check and your talents at full performance. Many people have been affected in such way, and some of them have testified that indeed, trying it out and sticking to it is something they never at all regretted. Coaching is very impactful, significant, entirely helpful and tremendously rewarding. And when it comes to executive coaching, you cannot just begin to count the benefits. Before we delve into what will be the life-changing reality of executive coaching, let us cover some of the basics.

So, what is coaching? What is it all about? Well, it is not that hard to define or explain, because it is something that even the most ordinary people have heard of, yet if they have not keyed into it.

FOR THE FIRST TIME IN COACHING WORLD

Now Nirveda is taking this a step further : by appreciating the anonymity of the coachee. Would be launching shortly an intelligent virtual coach "Amura" (built on artificial intelligence and machine learning platform) which would help you in making you aware of your present situation 24/7.
Feeling low, feeling stuck, unable to solve problems, missing to achieve your aspirations and goals, it is time to talk to "Amura".

FOR THE FIRST TIME IN COACHING WORLD

Now Nirveda is taking this a step further : by appreciating the anonymity of the coachee. Would be launching shortly an intelligent virtual coach "Amura" (built on artificial intelligence and machine learning platform) which would help you in making you aware of your present situation 24/7.
Feeling low, feeling stuck, unable to solve problems, missing to achieve your aspirations and goals, it is time to talk to "Amura".

Executives from these Companies

benefited by our Coaching Intervention

Executives from these Companies benefited by our Coaching Intervention