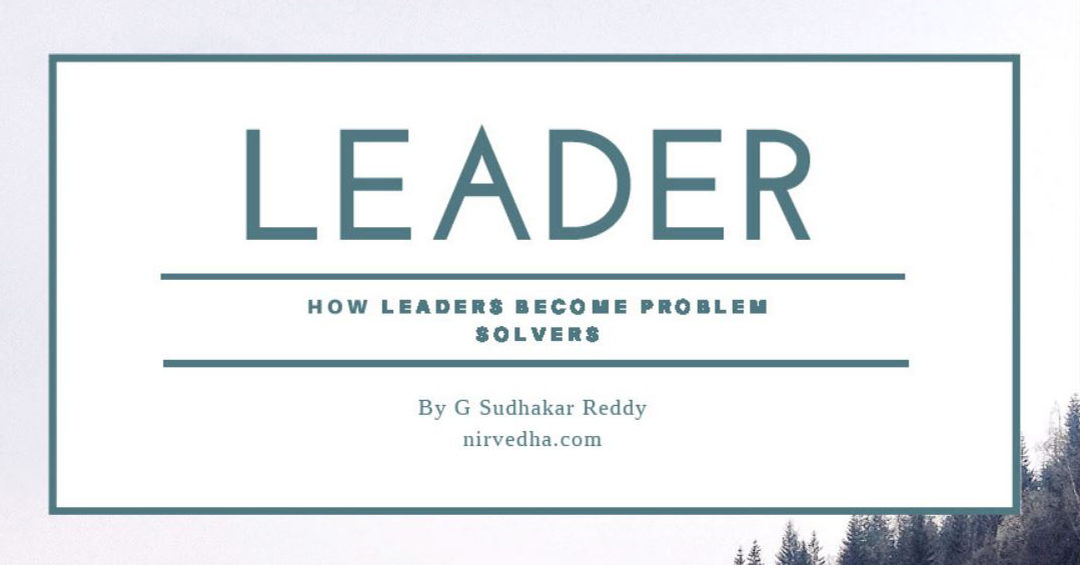 Problem solving is often considered as an integral part of a leader’s job. Although you aren’t given any training or special problem solving skills, it is assumed that as soon as you step into a leader’s shoes, you automatically learn how to solve problems. As a leader, you can’t ignore problems, even if it doesn’t concern you personally and is regarding your team. How then, are the leaders supposed to get it right all the time irrespective of their prior experience? Whether it is fair on the leaders or not would always be a matter of debate, but the best thing that the leaders can do is to be prepared for the widest range of problems possible.

Leaders know where the solution lies

Like any leader, most of my clients are always looking for answers to problems faced by their team or company. When any of them asks me for a solution to their problem, I respond by asking, “Are you sure you can’t solve it on your own?” Like any other person, leaders face problems on a daily basis. However, what sets them apart is the belief that the solution lies within them and they would be able to arrive at it if they look internally. The role of the executive coach is to make sure that the leader is looking in the right direction and arrives at the solution sooner rather than later.

Rather than giving my clients a solution, I discuss with them the ways to arrive at the solution. Methods such as breaking down the problem into smaller parts and not being afraid to try out something new usually pay rich dividends to the leaders converts them into problem solvers.

Leaders aren’t astrologers and can’t predict what problem they would be up against next. But what sets them apart is their preparation for any kind of problem and their self belief that whatever be the solution, it lies within them. And if not, they can find it out by looking in the right direction.